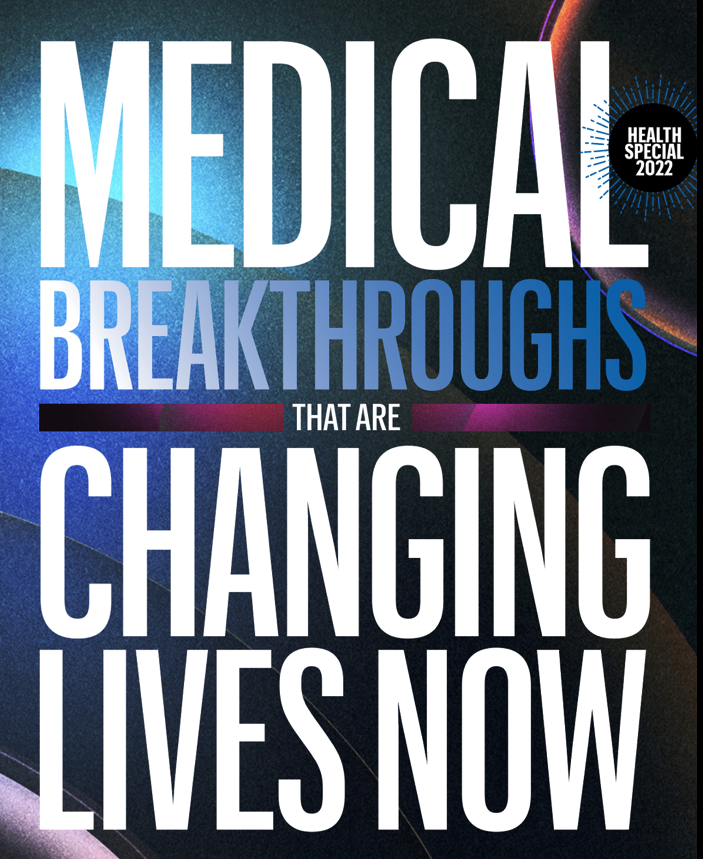 Charles Griggs eats healthily most of the time (“I did have some fried fish today,” he admits with a laugh) and plays golf and basketball whenever he can. Yet he’s long had a nagging worry about his heart health. “As an athlete growing up, I always seemed to get tired first,” he says. “I wondered if I had a slight heart murmur.”

Last summer Griggs, 61, a public relations professional from Jacksonville, Florida, participated in a health screening, and one of the tools the doctor had on hand was a “smart” stethoscope, which can detect the slightest of heart murmurs. When the doctor placed the stethoscope on his chest, Griggs admits, “I was a little nervous.”

His heart was fine, but several other people screened that day showed signs of heart disease. “Invariably, we find 5 to 10 percent of the people we screen have some form of valvular heart disease or atrial fibrillation [which raises their risk for heart failure and stroke],” says Antoine Keller, M.D., a cardiothoracic surgeon at the Ochsner Lafayette General Medical Center in Lafayette, Louisiana, and cofounder of HeartSense, a nonprofit project aimed at detecting heart disease and other health risks in underserved and underrepresented populations. “This stethoscope allows doctors to identify heart murmurs before they can be heard. It changes the paradigm for early diagnosis.”

Heart-valve disease affects 8.5 to 13.2 percent of adults over age 65, according to the Alliance for Aging Research, boosting their risk for heart failure, stroke, blood clots and sudden death as valve flaps thicken and stiffen with age, weakening the heart’s pumping capacity. By prompting preventive treatment such as heart-valve replacement, early diagnosis can improve a patient’s prognosis. Problem is, many people don’t discover they have a damaged valve until they’re hospitalized with it. One reason: Conventional stethoscopes often miss it—so people have no warning, Keller says. In a 2017 British study of 251 older adults with no cardiovascular symptoms, regular stethoscopes detected just 32 percent of early valve problems and only 43 percent of more serious cases. Smart stethoscopes, Keller says, could help change that. “Sometimes it’s very difficult to hear subtle heart tones that could potentially be worrisome. This gives doctors more confidence about referring people to specialists with advanced training and technology.”

One smart stethoscope, called the Eko Duo, is a stethoscope plus electrocardiogram (ECG). Developed by Eko, an Oakland, California, medical-device company, and cleared by the Food and Drug Administration (FDA), it amplifies heart, lung and other body sounds up to 32 times, performs a single-lead ECG, and analyzes the data on a smartphone app for subtle signs of heart disease, including heart murmurs and atrial fibrillation (A-fib). The analysis uses machine-learning algorithms developed with one of the world’s largest repositories of clinically validated heart sounds, says cofounder and CEO Connor Landgraf. In studies, the Eko Duo detected murmurs 88 percent of the time and A-fib 99 percent of the time.

Smart stethoscopes like the Eko Duo could help close gaps in the diagnosis and treatment of patients from low-income, underserved and rural communities, Keller says. African Americans, for example, are 54 percent less likely than white individuals to be referred to a specialist for heart-valve problems and 14 percent less likely to have severely damaged heart valves replaced. Still, Keller points out, using smart stethoscopes to find these diseases is just one part of the larger solution. “If you don’t take care of your wellness, you’ll have to take care of your illness.”