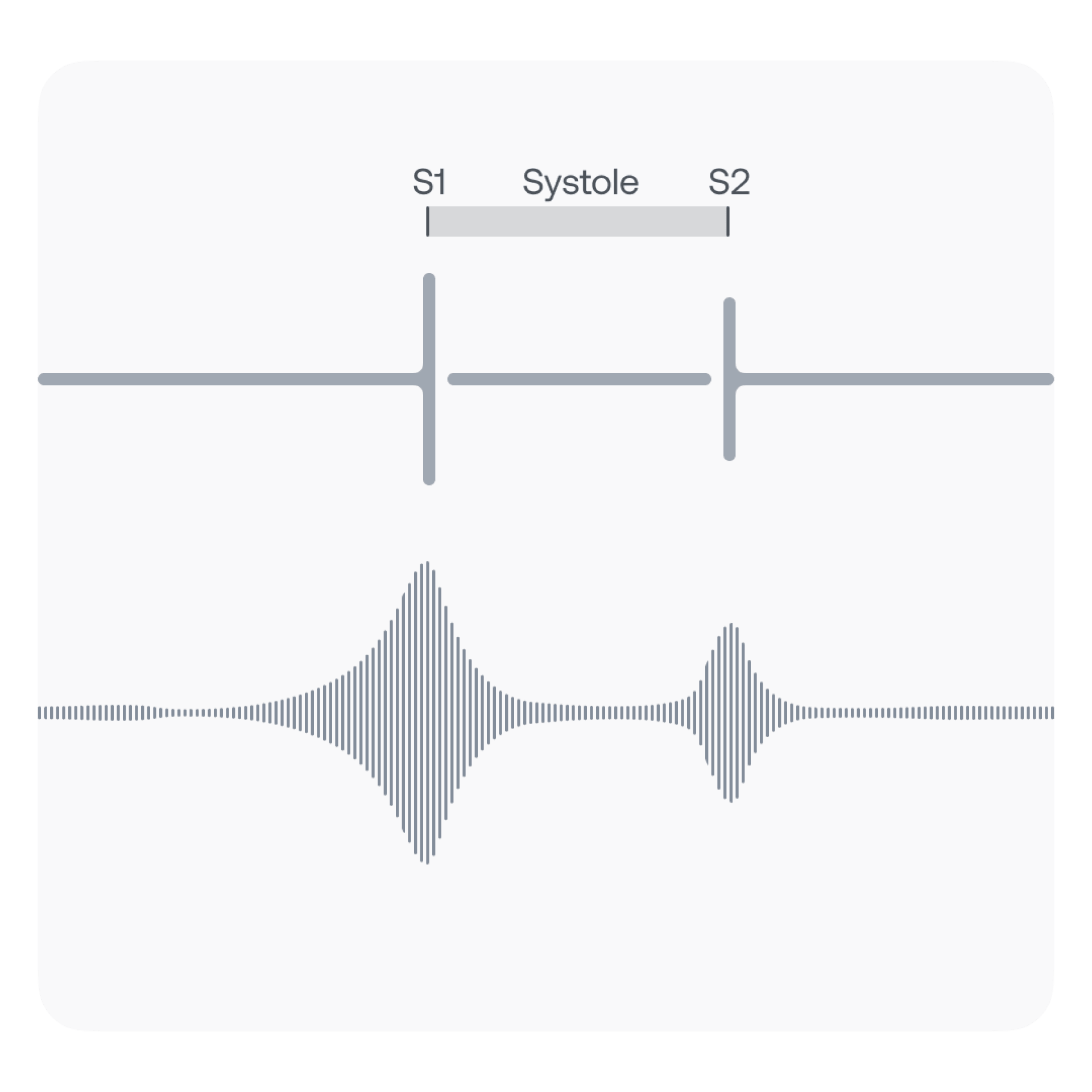 Early systolic murmurs begin with S1 and end in middle or late systole.

Midsystolic murmurs begin after S1 in early systole and ends in late systole. Their point of highest intensity is located near the middle of systole.

Late systolic murmurs begin during the latter half of systole and extends to S2.

Holosystolic murmurs begin with the first heart sound (S1) and end with the second heart sound (S2), without a large variation in intensity (plateau). The sound intensity is present and almost constant between S1 and S2
‍