Telemedicine is a Key Tool at Epicenter of HIV Epidemic

People living with HIV in Alabama are often economically disadvantaged, plagued by stigma, and cut off from urban resources. That’s where the powerhouse team of Eko and the nonprofit agency Medical Advocacy and Outreach comes in. 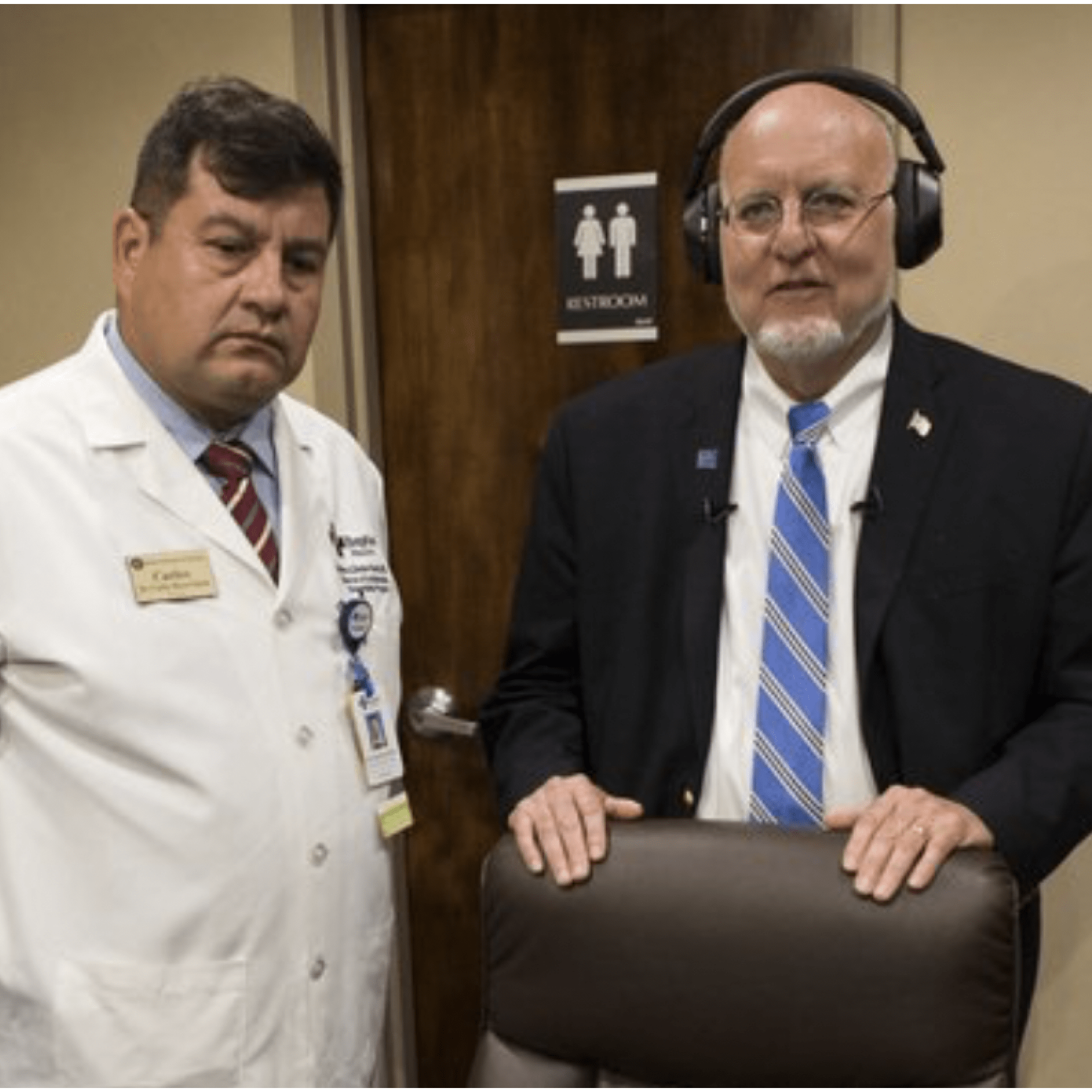 If you’ve been following the fight to end the HIV epidemic in the United States, you know that the federal government is about to pour resources into the seven states most affected. Alabama is one of those states, and is arguably the epicenter of the disease’s spread. One county in particular has the disturbing distinction of having the greatest number of new HIV cases per capita, as well as the greatest number of HIV-related deaths per capita.

People living with HIV in Alabama are often economically disadvantaged, plagued by stigma, and cut off from urban resources. That’s where the powerhouse team of Eko and the nonprofit agency Medical Advocacy and Outreach comes in. MAO operates 11 telehealth clinics in rural central and south central Alabama. About 800 of the roughly 2,000 HIV-positive patients they treat receive their health care primarily through telemedicine.

“The goal is to make it as convenient as possible,” explains Billy Sample, MAO’s Telehealth Resource Center Program Manager. “When you consider HIV, treatment is prevention. If we can treat your HIV and get you to a virus level that is considered undetectable, you can’t transmit the disease. It’s very important to get our patients to adhere to their appointments, and to adhere to their medication.”

Before MAO launched its current telehealth model, the clinic was driving medical teams all across southern Alabama.

“MDs that want to practice HIV medicine, especially in the rural south, are few and far between,” says Sample. “Putting them in a car and driving them to our locations in rural areas, just didn’t make a whole lot of sense. So we decided that we needed to use a model that we saw in the behavioral health realm: A provider on one side, and a nurse and the patient on the other side.”

Now, a Registered Nurse is based in each patient site, and each RN is armed with an Eko CORE electronic stethoscope and the Eko Telehealth Platform. A clinician back at an MAO hub interprets the heart and lung sounds before moving on to other care. It’s a telehealth model that is making big waves in the fight to curb HIV. According to data compiled by Johns Hopkins, 76% of all MAO patients kept coming to regular appointments. But if you factored out just telehealth patients, the number was 96%, a jump of 20 percentage points. While 88% of all MAO patients took their medications properly, 97% of strictly telehealth patients did. And while 75% of all patients got to a level where they were no longer contagious, 93% of telehealth patients achieved virus suppression.

“It is staggering how effective telehealth is,” Sample says.

Because of their overwhelming success, MAO started the MAO Telehealth Resource Center to help other organizations navigate the muddy waters of developing and implementing a new telehealth strategy. Sample takes the lead in this task and is quick to recommend Eko for the job. For that part of the story, we have to back up a few years.

MAO’s telehealth strategy started with another telehealth platform that allows clinicians to listen to health and lung sounds, regardless of the distance. Over time, the increased cost of the platform forced the team to seek alternatives.

“We’re a nonprofit. All of the money that we make, we put it right back into clinical care,” explains Sample. “Spending more money per site, per year, just seemed fiscally irresponsible.”

So he went looking for alternatives, hoping someone had developed a more effective, less costly product. Enter Eko. Sample vividly remembers the first time he heard vitals through the CORE stethoscope remotely. He was in Alabama, and the sound was coming from California.

“Through my regular computer speakers, I was able to hear heart and lung sounds better than I could hear directly through my current stethoscope. I was shocked.”

The more he learned about Eko, the more he saw a perfect partner. Here was a company that prioritized patient care over profits, a company dedicated to making top-notch medical technology affordable and accessible to everyone.

“I have been blown away at how well the organization supports our program. On top of that, the Eko stethoscopes work so much better because of the microphone and amplification of true sound. There is no digital modification, no compression like with other digital stethoscope technology,” Sample says. “Without the responsibility that the Eko team has shown from a morally responsible aspect and a fiscally responsible aspect, our clinic would not be able to see the 800 patients that we see via telehealth and truly attack the HIV epidemic in the Deep South.”

MAO’s work in underserved areas has not gone unnoticed. Earlier this month, the director of the Centers for Disease Control visited its headquarters to praise MAO’s commitment.

“We actually demonstrated the Eko stethoscope to Dr. Robert R. Redfield, Director of the CDC for the United States,” Sample says. “Like I said, I share it with everyone.”

That moment, where Dr. Redfield is listening remotely to sounds captured through an Eko scope, was caught by a photographer covering the visit.

Sample is optimistic that someday HIV will be beaten back to the level of diseases like the measles and mumps. But right now, he describes the factors contributing to Alabama’s HIV epidemic “a synergy of plagues.” Hard times combined with hard living and a lack of education about health and safe sex (abstinence is still taught in schools) creates an uphill battle. Tack on rampant stigma, and you have the answer why this epidemic persists.

“We have people here who would rather die than disclose to their family that they are HIV positive,” Sample says.

Telehealth expansion in the rural south doesn’t just have the potential of treating and managing HIV. It is the scaffolding of battling that stigma, of arming young people with the right weapons to counter the disease, and providing care so convenient that patients stay at a level where they can’t transmit HIV.

Here at Eko, we are proud to be part of MAO’s arsenal in the fight.