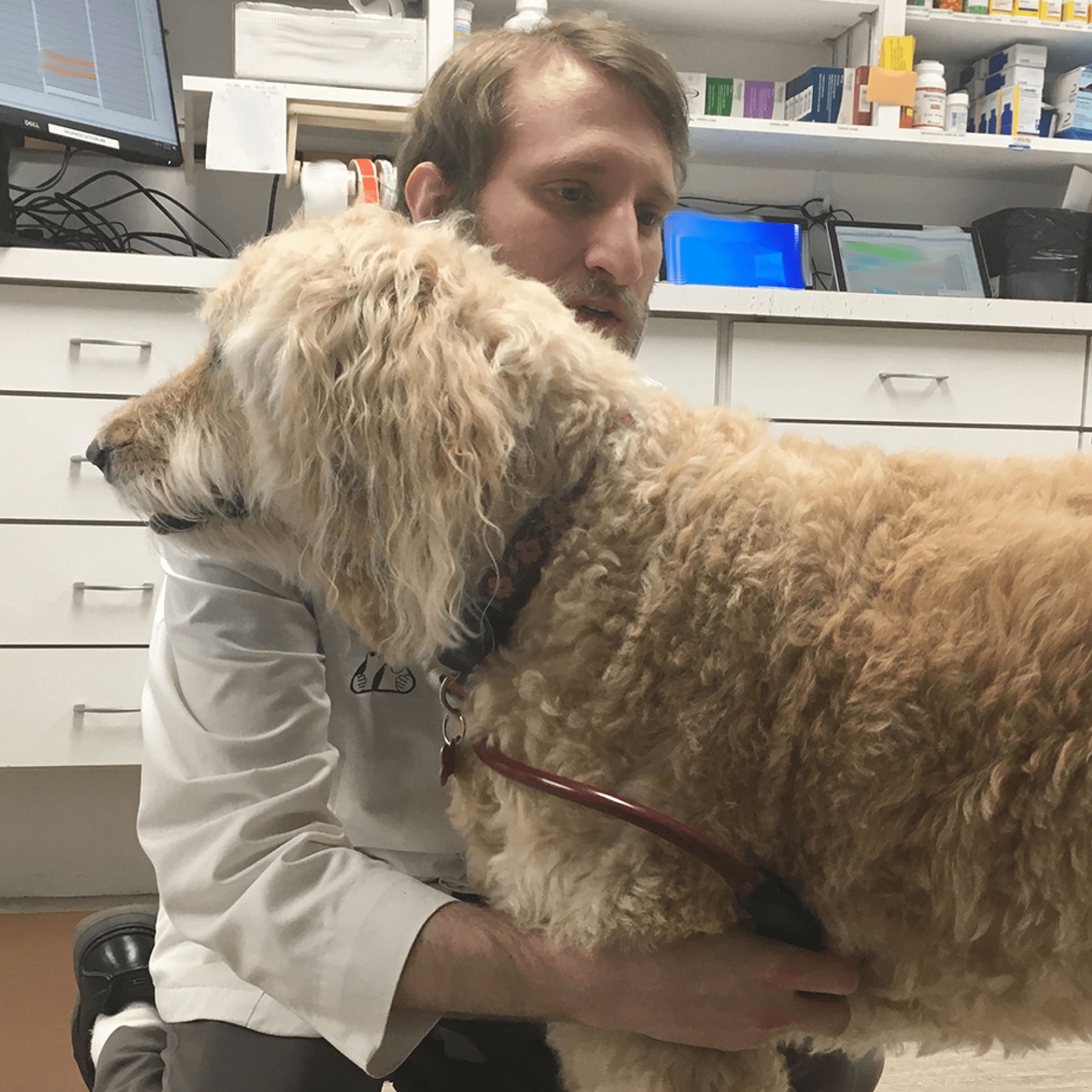 Andrew Bodenstein had an early connection to animals. Growing up on fifty acres outside Spokane, Washington, his parents called him “the dog whisperer.” The property was home to big horses and giant breed dogs.

“Developing a love for animals, and also a love for medicine through my father, led me to become a veterinarian. My father took care of newborn babies, which in a funny way, is very similar to animals. They can’t talk. They can’t tell you what’s wrong. You just have to figure it out.”

Now a Doctor of Veterinary Medicine near Detroit, Michigan, Bodenstein not only relies on his natural ability with animals, but the powerful technology of his Eko CORE Digital Stethoscope. He was an early adopter, buying the Gen I CORE in 2017, which likely makes him the most experienced vet in the country using an Eko stethoscope.

“I’m a big techie. I worked in information technology through my entire undergrad, building computers. I also grew up working on cars and motorcycles, and doing woodworking and metalworking. I really like to work with my hands. I knew pretty early on after I graduated, I wanted some kind of digitization for my stethoscope. But I wasn’t happy with the full digital stethoscopes on the market.”

Some were too expensive. Others didn’t have the features Bodenstein was looking for. Then he found the CORE Digital Attachment.

What appealed to me is that I could keep using my same stethoscope. My daily driver stethoscope already has very high-quality sound, tube, head, and is very comfortable. I wanted the best stethoscope on the market, but I also wanted it to be digital. The CORE Attachment let me do that.

One of his favorite features is being able to turn it on and off with a touch of a button. As he goes about his day in a small animal general practice, Bodenstein first auscultates with the Eko off. But about 50 percent of the time, he says he ends up flipping it on to hear heart and lung sounds better.

“Being able to adjust the volume is great. In cats, where I don’t have very much time to listen to them, or where I can’t get it in the perfect spot of the chest because the cat’s getting mad at me, being able to flip it on and still hear is great.”

Cats are a great example of how catching a murmur is both rare, and significant.

“Cats do not tend to get innocent murmurs, especially young cats,” explained Bodenstein. “If a young cat has a murmur, it can be a sign of HCM, hypertrophic cardiomyopathy. I’ve had a few young kittens that when they’re really young, six to ten weeks old, they can have murmurs that are just holes in their heart that are closing up. I track those young ones, and if by about twenty weeks old their murmur hasn’t gone away, I refer them.”

Murmurs in dogs, on the other hand, are fairly commonplace. Bodenstein says he listens to multiple murmurs a day through his Eko, most of them benign.

“Some of them do progress to clinical heart disease however, and the CORE can let me track that. If I have a weird murmur that I’m not so sure about, I can record it, and next time they come in, I can record it again and compare the difference. Ultimately, every murmur would ideally get an echocardiogram (ECG) to be safe, but financially, that is not always an option. The CORE lets me better track murmurs that aren’t able to get an ECG.”

Bodenstein is impressed with the changes Eko has made to its newest generation stethoscope attachment. While he found the Gen I CORE a little big and heavy, his new attachment feels sleek and light.

“That was the biggest improvement in the Gen II. It’s substantially smaller, substantially lighter, just better to wear around the neck, better in the hands, really better in every way, shape-wise.  The sound quality is great. There is some active noise cancellation in the Gen II. Being able to shrink the device by thirty or forty percent and have no degradation in quality is impressive."

The price point is also something that younger veterinarians with a limited budget for expensive tools can appreciate. At $199 for the attachment, which fits just about any stethoscope on the market today, Bodenstein says it’s a modest splurge other veterinarians won’t regret.