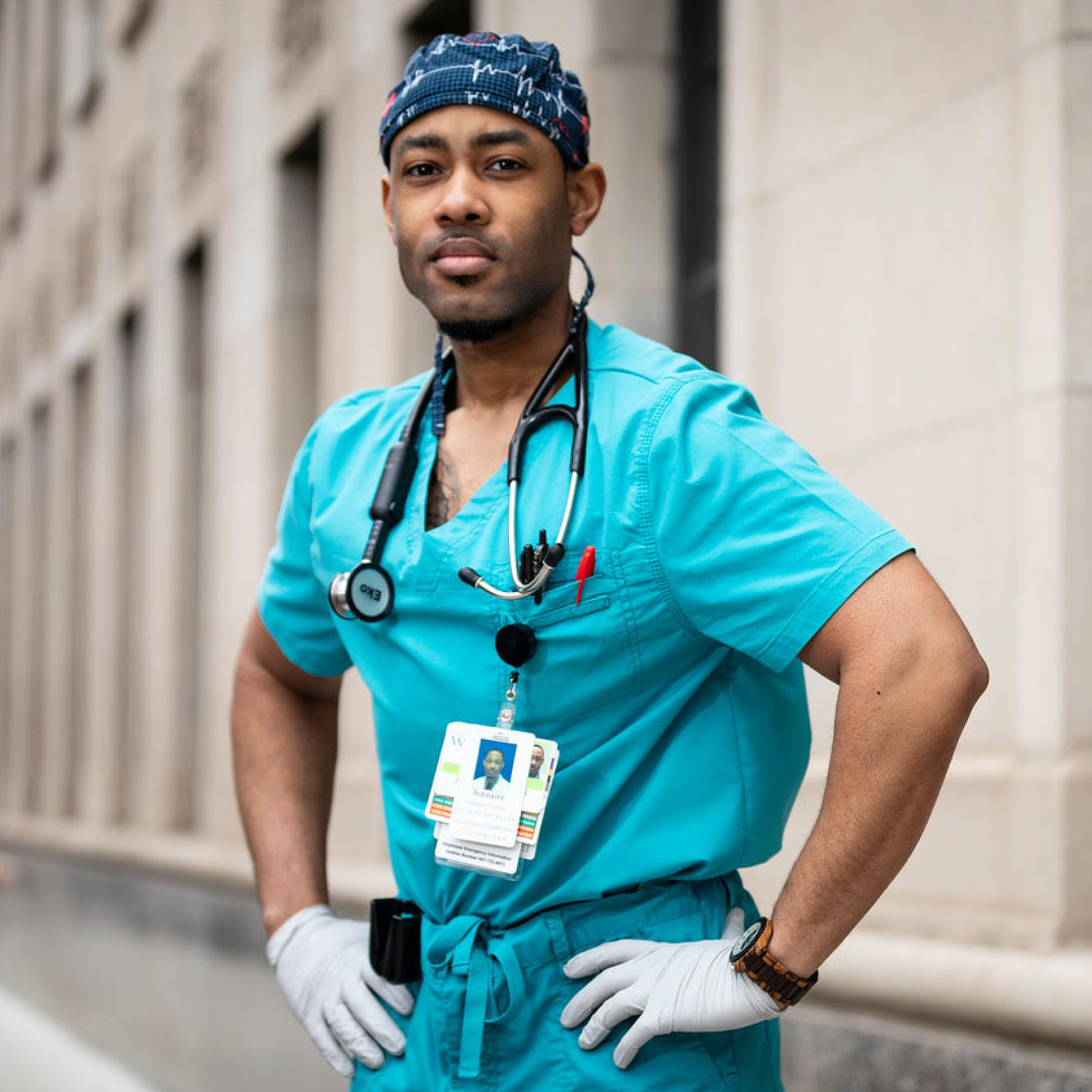 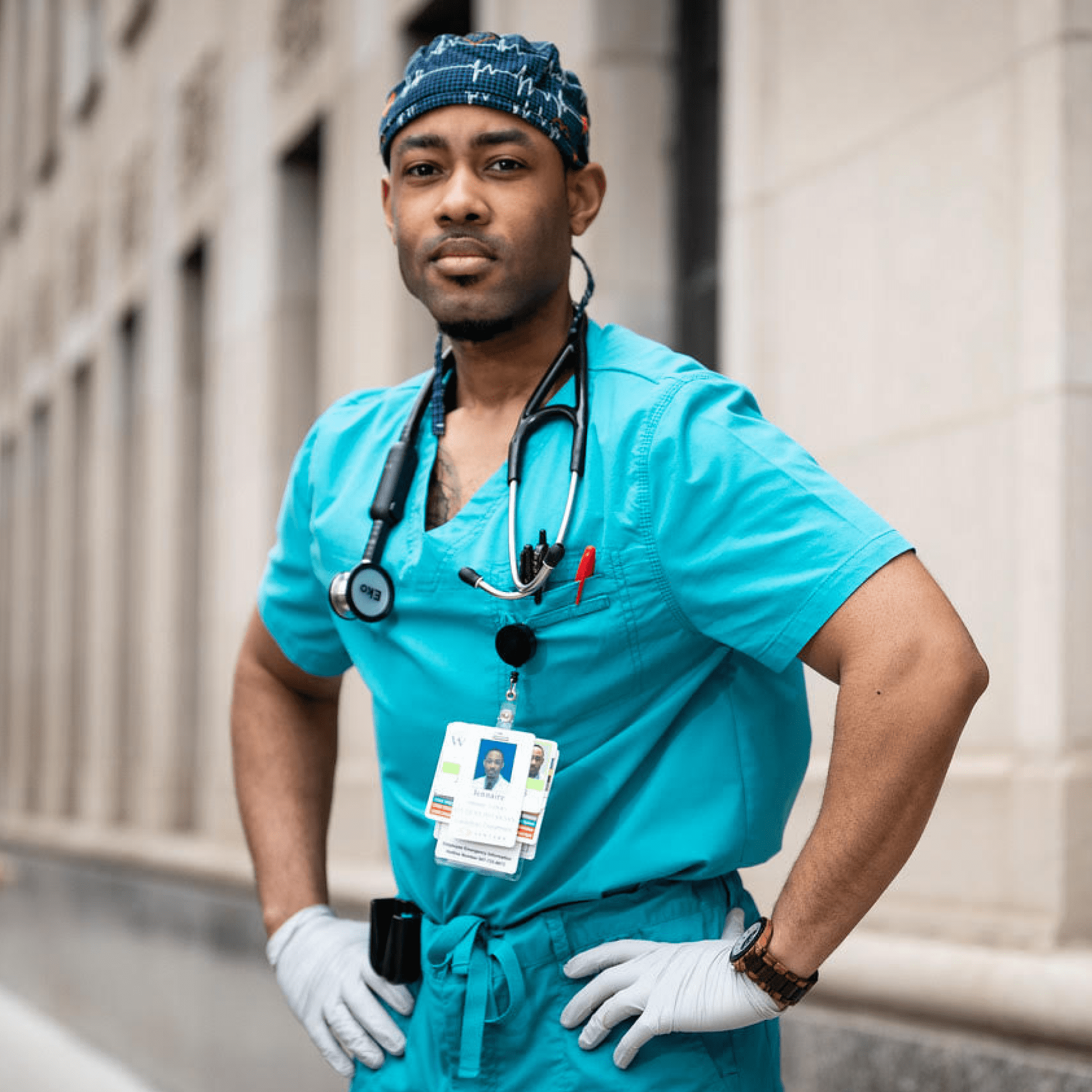 We are kicking off back to school with a feature about Jennaire Lewars, a fourth-year medical student who is interested in cardiology. We’ve had the pleasure of working with Jennaire for over a year, and the Eko Team was lucky to meet him between studies at the annual American Heart Association Conference. Jennaire is a familiar face on Instagram, and you can connect with him @dr_jaii.

Jennaire Lewars is well on his way to becoming the first doctor in his family. It’s something he’s wanted to do since he was about 15 years old. That’s when his mother interrupted summer vacation by handing Lewars her anatomy book and telling him to learn, and love, his favorite organ system. The ambitious request didn’t come out of the blue. Lewars’ mother is a registered nurse, and at the time he was enrolled in a gifted program designed to get high schoolers into a specialty early.

“The first system I started studying was the heart. That’s what got me in love with medicine in the first place, and ever since then, I haven’t wavered from that particular interest. It’s been a tossup between cardiovascular surgery or just cardiology, medicine based.”

As a kid, when Lewars thought about choosing a career, he had two aspirations: either pro soccer player or doctor. Medicine won out.

He is also an artist. “In my place right now I have a sketch up of the posterior view of the heart. I design my sketches and label them so I can also use them for study purposes, and for others to study as well.”

Lewars first learned about Eko on Instagram and immediately took a liking to it.

“I always wanted one. It was a very cool device just based on the Bluetooth capabilities in terms of how it connects to the smartphone, the amplification of auscultation and the phonograph and all of those things that come with it.”

Once he started using the CORE Digital Stethoscope, he felt like he had a superpower: the ability to back up his hunches with empirical data, right on his smartphone.

“Ears are very subjective in medicine. That’s why you end up getting second opinions because you’re just not sure. The problem is sometimes when you get that second opinion, the murmur isn’t there or it may change. With the Eko stethoscope you can record, you can save, and then you can visualize, which takes away some of that subjectivity. You can all see what the murmur looks like. It’s able to confirm or refute what you’re hearing.”

The very first patient Lewars had on his pediatrics rotation was a five year old child. Listening through his Eko stethoscope, Lewars picked up a grade 2 systolic murmur.

“They had never noticed the murmur before, despite the child coming in quite often. It was a very low murmur which was ruled benign eventually. But with murmurs, they can indicate so many things. It can range from being benign to something where you need corrective surgery. Being able to pick up something like that is very helpful, especially in children, where early diagnosis is key.”

On the day we spoke with Lewars, he had already heard four murmurs with his CORE over the span of a few hours. One was a slim, elderly patient.

“It was easy to hear, even without auscultating with the amplification on, but it was of benefit to be able to record it and see what it actually looked like.”

Another murmur came from one of his classmates.

“She mentioned having one that she noticed a couple years ago, but she thought it had changed. Seeing it on the Eko device confirmed that it actually has changed.”

Lewars has some tips for medicals students, clinicians or even veterinarians thinking about getting an Eko. First and foremost, take advantage of all the capabilities, not just saving and recording, but the streaming technology as well. Second, use it as an adjunct.

Use your ears first, and then confirm with the Eko. It’s so good to know that you have the ability to confirm because you never want to leave a patient feeling you’re not sure.

Lewars calls the emergence of digital health technologies like the Eko a “paradigm shift from the classic means of auscultating.” And to him, it’s a no brainer to be one of those on the cutting edge.

13 Things Every Graduating Medical Student Should Own