Eko Salutes EMS Professionals and One of Its Own

Read the story of a first-generation EMT and volunteer firefighter who is also Eko's Director of Sales.
May 13, 2021
5 minutes 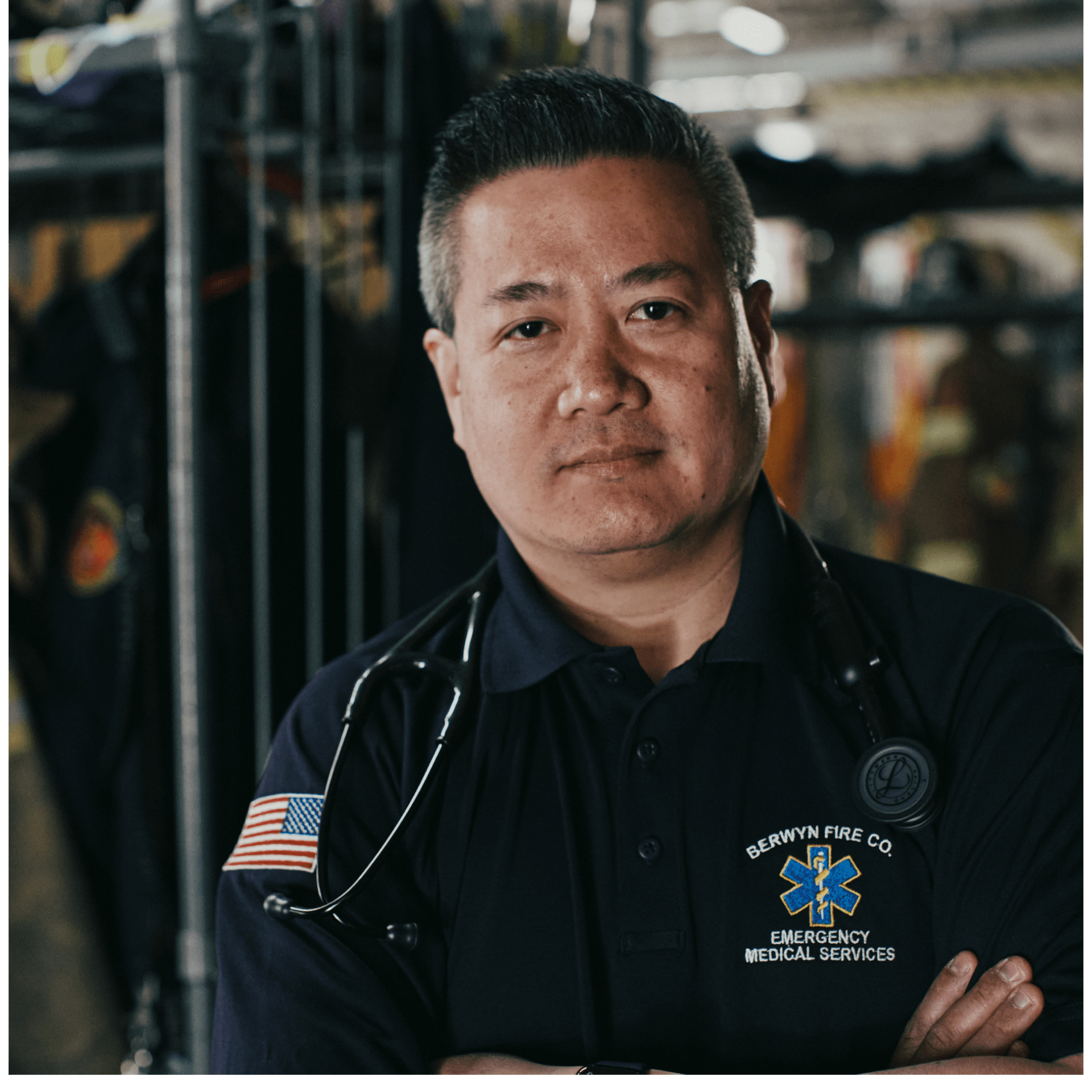 Pennsylvania EMT and volunteer firefighter Nam Truong knows all too well what it’s like to serve his community. On Father’s Day last year, he was called to a street that looked vaguely familiar. A father had gone into cardiac arrest after teaching his kids to ride a bike. The victim was clinically dead.

“The victim’s wife went to high school with my wife, so when I pulled up in my car and I saw her in the driveway I was really caught off guard,” Truong recalled. “I honestly think it was the first time I ever thought about not getting out of the car because I knew who it was. Long story short, he received early bystander CPR, early application and use of an AED, early Advanced Life Suppor treatments, and he survived with no neurological deficits. He actually joined the fire company last night as a business member to help us do some fundraising.”

The hard-fought victory is just one of many Truong has been a part of over the last 29 years. The son of Vietnamese immigrants, he started on the path to Emergency Medical Services while still a Junior in high school.

“A friend of mine was an Eagle Scout and he thought he would join the fire company to continue contributing to the community. I thought well, that sounds like fun,” Truong said. Then, with a chuckle, he added, “My parents had been pushing me to begin a career in medicine, which probably isn't any surprise since I’m first generation. I thought working on the ambulance might be a good experience to help me with that endeavor.”

The high school whim quickly became a lifelong passion. After earning his EMT certification, Truong went on to become certified as a firefighter as well, qualifying to drive every single piece of large equipment the Berwyn Fire Company owns. During his long volunteer career, Truong has responded to it all—house fires, brush fires, hurricanes, and emergencies at the nearby national park, Valley Forge. What grounds him in his work is the fulfillment of helping people when they need it, no matter how large or small the emergency.

“When we have something like a fully involved house fire, you are part of a team that will survive or not survive together. There’s an adrenaline rush component to it. But while we all like to talk about those crazy, big fires and terrible accidents, eighty to ninety percent of our calls are someone who slipped and fell. Maybe a shed or a barbecue started a small fire. Asthma attacks. There's something that is very self-satisfying in helping people and being a resource to the community,” Truong said.

Where Truong’s experience diverges from the typical EMS provider is that he is also Senior Director of Sales for Eko. While he attends meetings and makes calls, one ear is on his pager.

“It’s still exciting to me. I like to hear what's going on around me even if I can't go on the calls necessarily. I don't like feeling helpless.”

Truong has unique, first-hand knowledge of the products he sells. He uses the Littmann CORE Digital Stethoscope on every single emergency call he responds to because of its ability to cut background noise and amplify heart and lung sounds in a chaotic environment.

“Every call is inherently loud. First, you have the sound of the engine. Then you add in the siren and sometimes the patient is sick enough where your partner is putting an IV in or putting on the heart monitor that is beeping. Even when you’re in a home, very often you have a frantic family trying to find medication or insurance information, trying to tell the story of what happened while you’re trying to get the assessment started,” Truong explained. “For a pre-hospital provider, high-quality sound in a challenging environment is what we need and that's what the CORE gives us.”

Truong takes pride in the fact that one of his roles helps his immediate community and the other helps the greater EMT community.

“When I put my Eko hat on, I’m focused on the business—finding the niches where our products, services, and technology can grow. When I put my Emergency Services hat on, I'm thinking about the most efficient way to care for patients, specifically around EMS.”

His goal now is to simply create awareness of the product. Awareness plays into another aim near and dear to Truong’s heart. As an Asian American, he has found himself in the minority in the EMS community and hopes he can influence young people of color to consider serving.

“There are not a lot of Asian-Americans who do this, especially at the volunteer level. It’s cool to be able to illustrate that people from all walks of life can do this sort of thing. The fire company has become a foundation for me, professionally and socially. At the end of the day, it’s all about serving the community and being around people you trust and care about. That's what keeps me going.”

National EMS Week 2021 is from May 16th through the 22nd. Eko sends its deep appreciation to the entire EMS community this week and every week.