Final days to save – Use code FF2021 for $50 off
.
Click Here
Thank you! Use code HEART on your next order.
Oops! Something went wrong while submitting the form.
Newsroom

Eko’s algorithms alert clinicians to the presence of heart murmurs and atrial fibrillation (AFib) during the physical exam, converting the classic stethoscope into a powerful early detection tool. 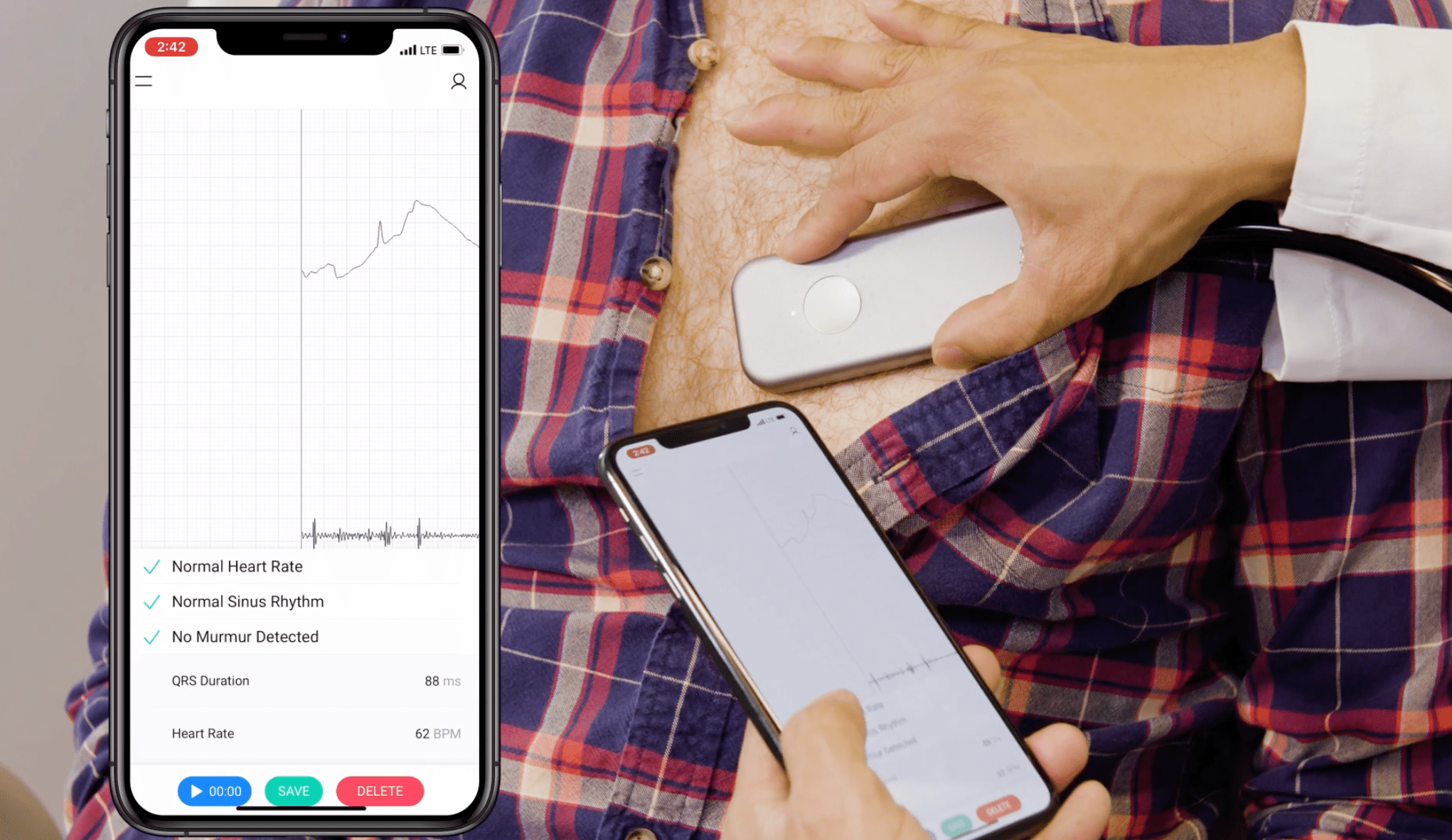 Eko, a digital health company applying artificial intelligence (AI) in the fight against heart disease, announced today that the U.S. Food and Drug Administration has cleared a suite of algorithms that, when combined with Eko’s digital stethoscopes, will enable healthcare providers in the U.S. to more accurately screen for heart conditions during routine physical exams. If left undiagnosed, these heart conditions can lead to stroke and heart failure.

“Our vision since day one has been to build seamless technology that helps providers more accurately detect heart disease, the leading killer in the world, by putting the ears of a cardiologist in any clinician’s stethoscope,“ says Connor Landgraf, Eko’s Co-Founder and CEO. “Eko’s new ability to alert a provider to the presence of a heart murmur or atrial fibrillation during the standard physical exam brings that vision to life.”
‍‍

“Two centuries after its invention, the stethoscope is still the front line tool to detect cardiovascular disease,” says Dr. Patrick McCarthy, Executive Director of the Bluhm Cardiovascular Institute at Northwestern Medicine and member of Eko’s Scientific Advisory Board. “Eko’s development of artificial intelligence algorithms to help clinicians better interpret sounds, identify arrhythmias and detect heart murmurs during a physical exam is going to make a huge difference in our ability to care for patients.”

Eko’s AFib and Murmur screening algorithms are the first in a suite of cardiac screening algorithms Eko plans to combine with its digital stethoscope devices to assist providers in the detection of cardiovascular conditions. In December 2019, Eko announced the FDA had granted the company breakthrough status for a novel ECG-based algorithm that, if FDA-cleared, could provide an easily accessible screening test for heart failure. Since the release of its first-generation Eko CORE device in 2015, Eko’s technology has been adopted by clinicians at more than 4,000 hospitals and clinics in the U.S. and Europe.

Eko’s AI is not intended as a sole means of diagnosis. The interpretations of heart sounds and ECG offered by the software are only significant when used in conjunction with physician over-read and when used on adults (> 18 years).

About
Eko
Eko, a cardiopulmonary digital health company, is elevating the way clinicians detect and monitor cardiac and respiratory disease by bringing together advanced sensors, patient and provider software, and AI-powered analysis. Its FDA-cleared platform is used by tens of thousands of clinicians treating millions of patients around the world, in-person and through telehealth. The company is headquartered in Oakland, California with investments from Highland Capital Partners, Questa Capital, Artis Ventures,NTTVC, DigiTx Partners, Mayo Clinic, Sutter Health, and others.
Contact
Eko

Highwire PR
eko@highwirepr.com
Sign up for a Demo
A member of our team will respond with one business day.
Eko