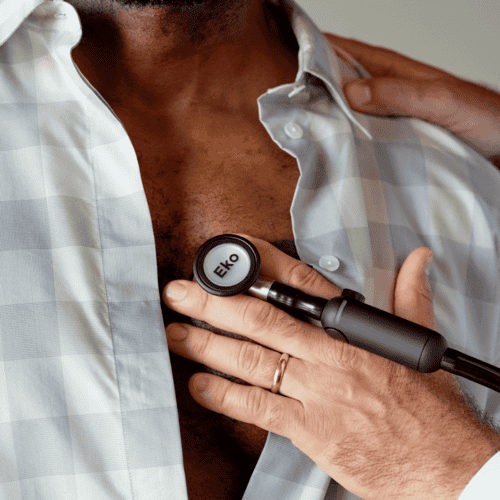 Abstract: Numerous Children's Hospital cardiologists improved murmur detection using Eko's audio amplification and visualization. Their study demonstrates that Eko recordings had a high percent of agreement with in-person auscultation findings and echocardiogram findings, with moderate inter-rater reliability. It was useful in identifying patients with pathologic murmurs who would benefit from further assessment. It was able to discern major types of pathological murmurs. Certain qualitative differences in the recorded sounds as compared to in-person auscultation were identified by the reading cardiologists. They were able to acclimate to these subtle differences. The system was felt to be easy to use, and most cardiologists in the study would consider using it in clinical settings.