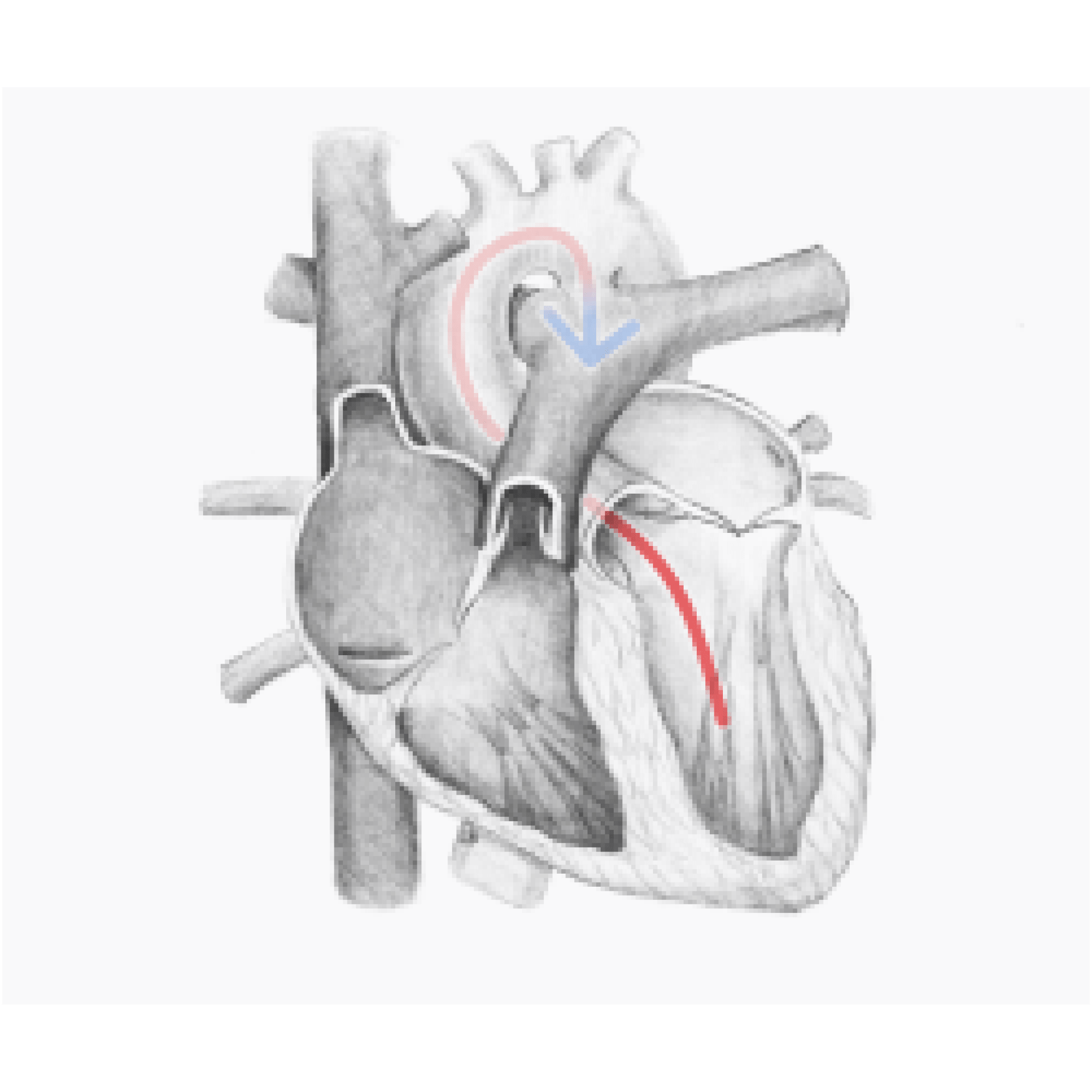 Patent Ductus Arteriosus (PDA) is a congenital defect where the ductus fails to close in the early weeks of life, resulting in the abnormal transmission of oxygenated blood to flow back to the pulmonary circulation from the aorta. PDA commonly occurs in premature newborns who have under-developed heart and lungs, which presents with signs of persistent respiratory problems, such as hypoxia.

This sound was recorded using a stethoscope powered by Eko technology.