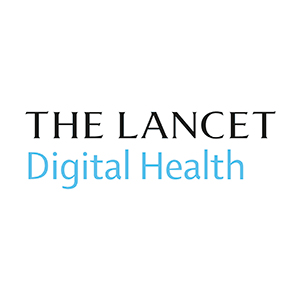 Background: Most patients who have heart failure with a reduced ejection fraction, when left ventricular ejection fraction (LVEF) is 40% or lower, are diagnosed in hospital. This is despite previous presentations to primary care with symptoms. We aimed to test an artificial intelligence (AI) algorithm applied to a single-lead ECG, recorded during ECG-enabled stethoscope examination, to validate a potential point-of-care screening tool for LVEF of 40% or lower.

Methods: We conducted an observational, prospective, multicentre study of a convolutional neural network (known as AI-ECG) that was previously validated for the detection of reduced LVEF using 12-lead ECG as input. We used AI-ECG retrained to interpret single-lead ECG input alone. Patients (aged ≥18 years) attending for transthoracic echocardiogram in London (UK) were recruited. All participants had 15 s of supine, single-lead ECG recorded at the four standard anatomical positions for cardiac auscultation, plus one handheld position, using an ECG-enabled stethoscope. Transthoracic echocardiogram-derived percentage LVEF was used as ground truth. The primary outcome was performance of AI-ECG at classifying reduced LVEF (LVEF ≤40%), measured using metrics including the area under the receiver operating characteristic curve (AUROC), sensitivity, and specificity, with two-sided 95% CIs. The primary outcome was reported for each position individually and with an optimal combination of AI-ECG outputs (interval range 0–1) from two positions using a rule-based approach and several classification models. This study is registered with ClinicalTrials.gov, NCT04601415.

Interpretation: AA deep learning system applied to single-lead ECGs acquired during a routine examination with an ECG-enabled stethoscope can detect LVEF of 40% or lower. These findings highlight the potential for inexpensive, non-invasive, workflow-adapted, point-of-care screening, for earlier diagnosis and prognostically beneficial treatment.