10% Off
Labor Day Sale — Ends September 6th
Shop Now →
Thank you! Use code HOLIDAY on your next order for all stethoscopes.
Oops! Something went wrong while submitting the form.
Articles
/
Clinical Research 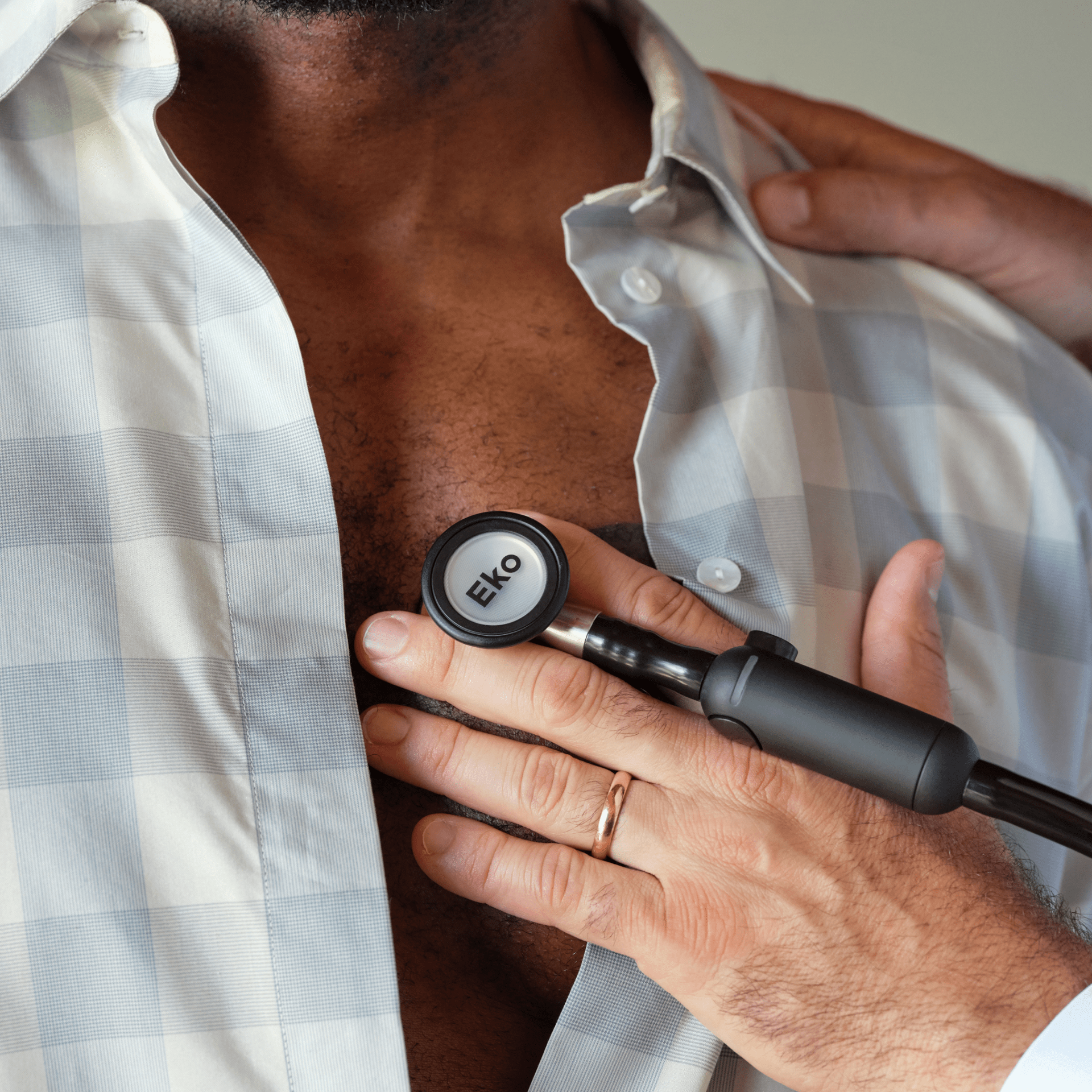 Background: Aortic stenosis (AS) is a common disease which can be detected as a murmur on auscultation, but studies show that up to 80% of new primary care physicians do not detect AS murmurs which are confirmed by transthoracic echocardiography (TTE). The FDA-approved Eko CORE device is a digital stethoscope wirelessly paired with the Eko Mobile application to allow recording and analysis of phonocardiograms (PCG). These PCG data drive a machine learningbased detection algorithm to identify clinically significant AS, validated by TTE, as part of the ongoing Phono- and Electrocardiogram-Assisted Detection of Valvular Disease (PEA-Valve) Study.

Conclusion: PCG assessment using the Eko CORE device and machine learning interpretation is a fast andeffective method to screen for significant AS and should be validated in a primary care setting.