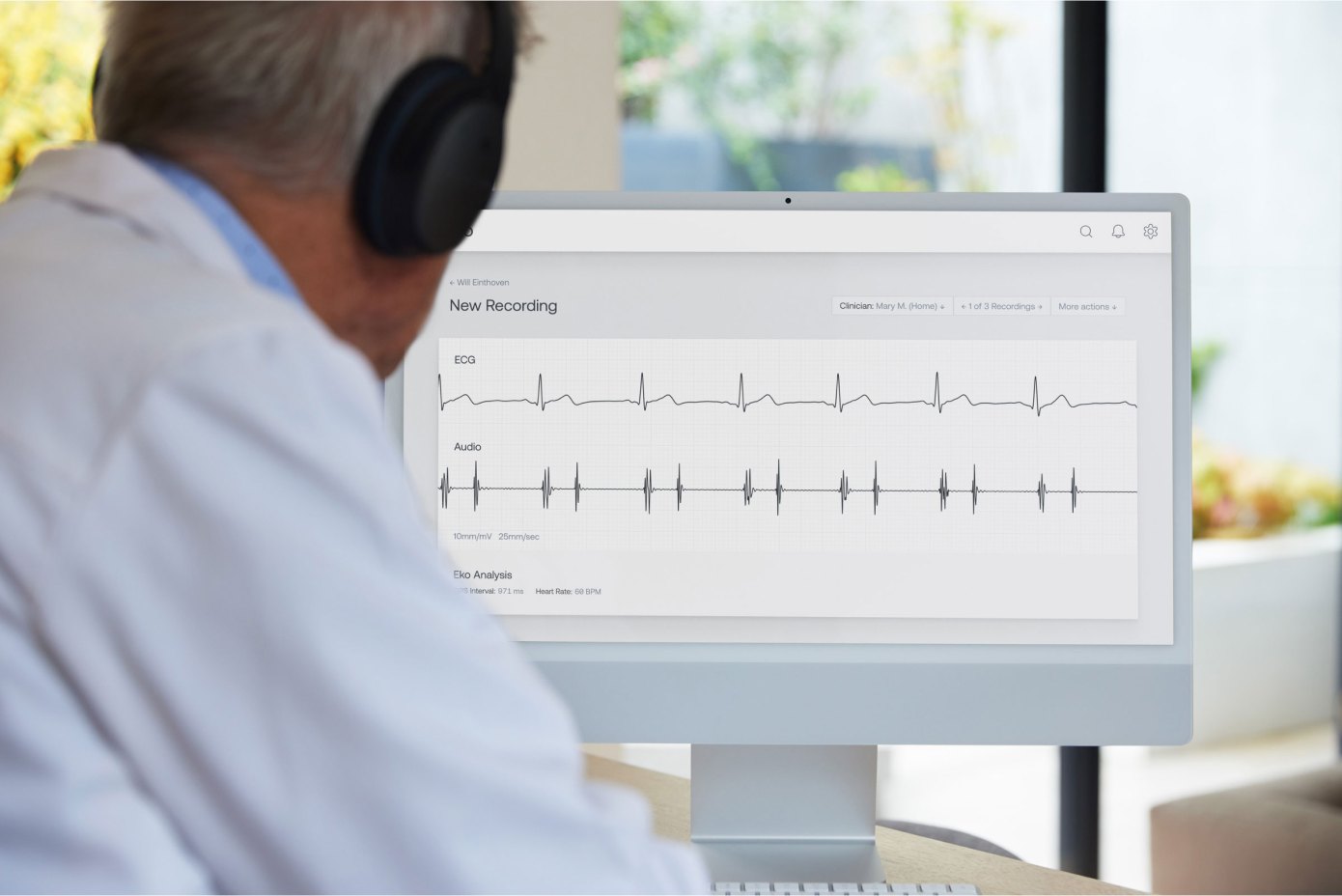 The stethoscope has come a long way from its humble beginnings in the 19th century. The regular acoustic type is still used every day, but it’s been joined by a panoply of digital options that can amplify or convert heart sounds into electrical signals. Eko, a company founded in 2013, has focused on bringing applied AI into the stethoscope space. Now there’s real-world data to suggest that the company has made progress, and it has secured a $30 million extension to its earlier C round to continue its work.

Eko’s hardware consists of digital stethoscopes that boast a few basic bells and whistles, like noise-canceling technology or the ability to record and visualize heartbeats. But the company has also been tweaking some FDA-approved clinical support algorithms.